Hey, guys!
It’s Tuesday, that means it’s time for a bookish favorites posts. Top 5 Tuesday is hosted by Shanah Bionic Book Worm and is quite simple: check out the topic and write a post with your picks.
For this month, Shanah came up with something very special. Each Tuesday I share my top 5 books beginning with the respective letters of the alphabet assigned for the day.
So, let’s begin with A, B, C, D and E!

I am currently watching the second season of American Gods. The book went straight to my to-read-list back when the first one was announced. It’s quite a handful to read, but it was fascinating, educating and thrilling at the same time.

B – The Book Thief

If you are looking for a book to rip your heart out and bring you to tears, The Book Thief is the one for you. It’s beautifully written, certainly not what you expect but it will crawl right under your skin.

END_OF_DOCUMENT_TOKEN_TO_BE_REPLACED

Hey, guys!
Welcome to another entry for Thursday Movie Picks.
It’s a series hosted by Wandering through the Shelves, so if you want to join the party, head over to her blog! It’s pretty easy: check out each week’s topic and come up with 3 to 5 movies that fit the theme.
This week I’ll talk about some famous Interview moments in films!

#1 Interview with the Vampire

Well, this was the movie I thought of and I guess, it’s also the most obvious choice. There’s not exactly a single memorable interview scene, that I can think of. However, the entire film is basically what Louis (who claims to be a vampire) tells a reporter during an interview. Brilliant film!

I love this movie almost as much as I hate the book it is based on. The Devil Wears Prada features Anne Hathaway who gets a job at the famous fashion magazine Runway. We get a super iconic (and hilarious) scene where Anne is interviewed by Meryl Streep in order to get that job.

END_OF_DOCUMENT_TOKEN_TO_BE_REPLACED

Hello my lovely readers!
I recently wrote a post on Lauren Weisbergers novel The Devil Wears Prada and on how much I – unfortunately – disliked it. Let’s see how the movie adaptation holds up in comparison!

The Plot:
Andy Sachs lands her first magazine job – at not just any magazine! She gets to work at Runway one of the most famous fashion magazine in the world. However, her boss Miranda is basically the devil. Andy has to survive one year in this job, but will she be able to make?

Book vs. Movie:
In case you haven’t read my book review, let me summarize real quick what I disliked about the novel: It was super repetitive, not only in motives but also in language. None of the characters had any depth. Despite Andy being the heroine of the story, I can not relate to her or even like her. She’s annoying, unprofessional and ungrateful. Miranda is depicted as extremely one dimensional which really did not help the story.
In light of these points of criticism, I was surprised how good the movie turned out to be.  END_OF_DOCUMENT_TOKEN_TO_BE_REPLACED

Hey Guys!
It’s time for another book review! I actually read this one some time ago, but never found the time to put in words how I feel about Lauren Weisberger’s first novel. So, let’s see… 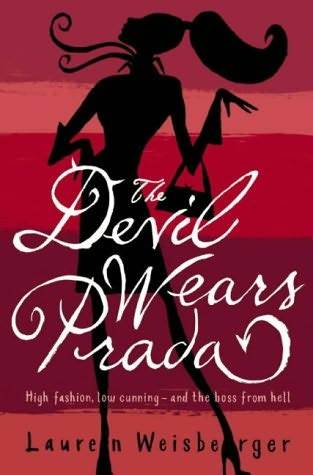 The Devil Wears Prada by Lauren Weisberger – Cover from Goodreads

The Plot:
Andrea lands her first magazine job – at not just any magazine! She gets to work at Runway one of the most famous fashion magazine in the world. However, her boss Miranda is basically the devil. Andrea has to survive one year in this job, but will she be able to make?

The Rating:
The most famous thing about this book is probably the movie it was turned into. Thus, the novel got hyped quite a bit a few years ago. As I had heard generally positive things about Weisberger’s book and enjoyed the film, I decided to give it a go.
Big mistake. Despite being less than 400 pages long, the book seems to be going on forever. You read the blurb and think “Hey, this surely is an interesting story”. But believe me, it is not.
First of all, I was quite annoyed by the main character Andrea. She goes to work at one of the most famous fashion magazines in the world but doesn’t give a damn. She knows nothing about fashion and doesn’t have the slightest motivation to learn anything. That’s highly unprofessional and as Weisberger mentions about 2 billion times throughout the book, it’s a job a million girls would kill for. So, if you really don’t give the tiniest fuck, let someone have the job who enjoys it. END_OF_DOCUMENT_TOKEN_TO_BE_REPLACED