Hey guys!
Today we’re gonna talk about a debut novel that came with one of the most stunning covers I have ever seen. Let’s see if the story inside is just as gorgeous!

The Plot (according to Goodreads):

If the night sky holds many secrets, it holds Sheetal Mistry’s secret the closest. A secret that explains why her hair is the silver of starlight, or why some nights the stars call Sheetal by name.

Stars like her mother, who returned to her place in the constellation Pushya years ago. Since that day, Sheetal has been forced to hide.

But as her seventeenth birthday draws near, the pull from the sky is growing stronger. So strong that Sheetal loses control, and a flare of starfire burns her human father—an injury only a full star’s blood can heal.

Sheetal has no choice but to answer the starsong and ascend to the sky. But her celestial family has summoned her for a reason: to act as their human champion in a competition to decide the next ruling house of heavens.

Desperate to save her father, Sheetal agrees. But nothing could have prepared Sheetal to face the stars’ dark history—or the forces that are working to shut the gate between the realms for good.

I wanted to like this more than I actually did. There are a few issue I need to talk about, so let’s get down to it.
Initially, I was super excited that this book builds on hindu-mythology. I don’t know pretty much anything about that but I’m super into mythology stuff (looks at all the Rick Riordan, Neil Gaiman, etc. novels I read), so I was happy to learn about this. Only thing is, I didn’t. There is essentially zero explanation in this novel, as if the author expects you to be familiar with Hindu mythology already. I didn’t put down my book three times in during every chapter just to google stuff, so I feel like a lost was lost on my as I simply didn’t understand any of the references. I would have been happy had there been a glossary that gives you information (kinda like Rick Riordan always includes), but having some more depth in that regard in the actual text would have been optimal.

But that’s not the only complaint I have.

END_OF_DOCUMENT_TOKEN_TO_BE_REPLACED

Hey guys!
Today’s book review focuses on a novel recommended to me by a friend: And the Ass Saw the Angel. It was multi-talent Nick Cave’s first novel. So let’s see what he came up with! 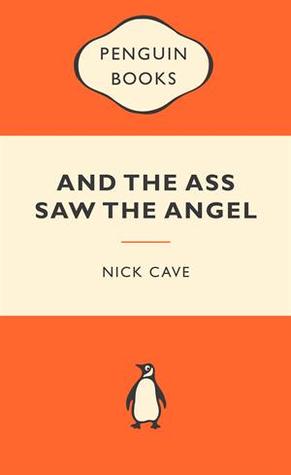 The Plot:
And The Ass Saw the Angel tells the story of Euchrid Eucrow. Born to an alcoholic and abusive mother and a demented father, the mute boy has a tough start. He spends his whole life as an outcast, but the older he gets, the stronger his angelic visions become…

The Rating:
I plunged head first into this book without even reading the blurb.
What I found is a unique and intense novel that won’t let you go. At first I had my troubles getting acquainted with Cave’s writing style and language. But as soon as that barrier was down, I developed a love-hate-relationship with the book. On the one hand I wanted to know more but on the other hand I dreaded what was on the next page.
And the Ass Saw the Angel is a weird and irritating story. You will end up hating most of the characters as Cave manages to depict the cruelty of humankind extremely well. END_OF_DOCUMENT_TOKEN_TO_BE_REPLACED