Hey, guys!
Welcome to another entry for Thursday Movie Picks.
It’s a series hosted by Wandering through the Shelves, so if you want to join the party, head over to her blog! It’s pretty easy: check out each week’s topic and come up with 3 to 5 movies that fit the theme.
This week, it’s a TV special featuring crime!

I’m currently watching Sherlock and I’m absolutely in love with Benedict Cumberbatch’s take on the role. The show is brilliant, so everybody please go ahead and watch it.

Breaking Bad is often considered one of the best shows ever made. If you give it a shot, you’ll see from the first episode on why that is. The story of a chemistry teacher turning into a criminal. Every time I re-watch the show I discover a new detail I had previously missed!

END_OF_DOCUMENT_TOKEN_TO_BE_REPLACED

Hey guys! As we are slowly getting closer to the end of my Hitchcock review series, I want to talk about another one of his films starring Grace Kelly. So let’s talk about the crime mystery Dial M for Murder!

Margot is in trouble. Unbeknownst to her, Tony, dearly loving husband, decided to kill her. So how do you get rid of your wife without seeming suspicious?

As usual, Grace Kelly is wonderful in this picture. She gives her everything in this role and can certainly tell. Generally speaking, Grace Kelly’s and Ray Milland’s performances are what carry this movie.

The story is perfectly crafted and comes with lots of twists and turns.
At first, it may seem like your regular crime flick, but you can soon see how elaborate Dial M for Murder is.
Well, I’ll admit the end was a bit irritating and could have been cleverer but no film is perfect. To be honest, the way the film ended was somewhat anticlimactic and ruined the movie a bit for me.

END_OF_DOCUMENT_TOKEN_TO_BE_REPLACED

Like Loading...
Hey guys! Welcome to another installment in my Hitchcock special. Today I want to talk about Vertigo, one of the most famous amongst Hitchcock’s film. With Kim Novak and James Stewart playing the leads, this just has to be great, right?   The Plot: Detective John Ferguson retires after discovering that he suffers from a fear of heights and vertigo which lead to the death of a police man. At a loss of what to do with his life, he accepts a job offer by an acquaintance from college. Gavin Elster asks him to follow his wife Madeleine who’s been behaving strangely. Is there a connection to one of her ancestor’s who had met a terrible fate?   The Rating: In my opinion, Vertigo might be the second most famous of Hitchcock films, only surpassed by Psycho. While it may not be as widely known, Vertigo is a brilliant and impressive movie. I love James Stewart’s performance in this film and it’s definitely among the best roles he played in his entire career. Leading lady Kim Novak also surprised me, just how versatile she can be. Not only do we get some great acting performances, Vertigo also went down in movie history for the effects used. The film was shot in 1958, so the means available were rather limited. However, Hitchcock created a very unique and forward film, that despite being a little outdated still amazes me. Furthermore, the story is also crafted very intricately. There is a huge plot twist you won’t see coming. As Vertigo is not quite as famous as Psycho, the end is really a surprise here. Vertigo is one my favorite Hitchcock films. It never fails to impress and delivers on all levels: the actors, the score, the story, the design.

Did you watch this one? Let me know if you are an Alfred Hitchcock fan! Be sure to stick around for the next reviews.

Hey guys!
I hope you all had a brilliant start of 2019. For this year, I want to do something special. Many of the months will have special topics with lots of movie reviews for you to come.
The first series of reviews is in honor of a legendary filmmaker: Alfred Hitchcock. Throughout January I will share my thoughts on 21 of his movies! The first one I want to talk about is Rope, so let’s get started…

The Plot:
Brandon and Phillip, two friends since school days, decide to carry out an “intellectual exercise” based on concepts introduced to them by Rupert Cadell. The now publisher was their housemaster at prep-school and talked to them about murder as means of superiority. The men therefore, murder their colleague David in an attempt to commit the perfect murder.
But that’s not all. They hide the body and throw a dinner party. Will any of the guest suspect something? Or did they truly commit the perfect murder?

The Rating:
I’ll say it upfront: this is not my favorite Hitchcock film. The story didn’t thrill me too much or keep me on edge – which is quite a bad thing for a crime story. I just didn’t get excited or drawn in.
However, even if it is not my first choice when it comes to Hitchcock’s movies, Rope is still an impressive production. The film was shot in extremely long takes, making it seem like one shot telling the story in real-time.  END_OF_DOCUMENT_TOKEN_TO_BE_REPLACED

Hey Guys!
Those of you who follow my blog might have read my first book vs. movie post on Murder on the Orient Express by Agatha Christie and the very frist adaptation made in 1974. Of course I had to check out the new film as well. So let’s see how the 2017 version holds up!

The Plot:
Hercule Poirot just wanted to relax on the train while making his way back to London. He’s out of luck. One wintery night a murder occurs and as the train is snowed in, it’s upon Poirot to solve the crime and catch the killer…

Book vs. Movie:
I have to admit, this is the first Agatha Christie novel I ever read. The first thing I noticed was that it’s definitely from another time. The story features some statements that today you would call racist. The book was written in 1934, so I guess stuff like that was common at that time. But reading it was rather irritating and I frowned at my book a great deal. Otherwise, this is an interesting crime story that comes with a big twist at the end. Although I am not 100% sure that all of it actually makes sense.
So let’s see about the film.
First of all. Kenneth Branagh is brilliant as Hercule Poirot. He radiates warmth and depth but also cleverness. Another point I appreciate with this Poirot interpretation is the sense of humor. Compared to the book or even the first adaptation, this Poirot shows more dimension and is simply a more fascinating character.  END_OF_DOCUMENT_TOKEN_TO_BE_REPLACED

Hey Guys!
Today I want to share my thoughts on the last book I finished. It’s one of Arthur Conan Doyle’s iconic Sherlock Holmes collections. So let’s solve some mysteries with the world’s most famous detective! 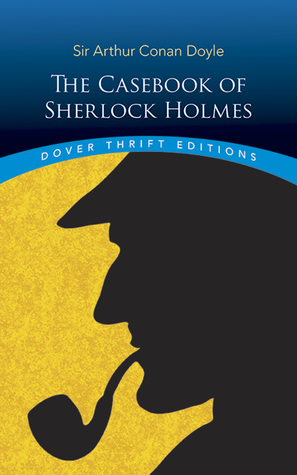 The Plot:
In this casebook, we get not one but several Sherlock Holmes stories. Some are narrated by Watson, some by the famous detective himself. All of them contain a crime that demands to be solved…

The Rating:
This is the third Sherlock Holmes book I’ve ever read, so by now I’m used to Doyle’s writing style.
Let’s begin with the stuff I liked. Sherlock is definitely one of my all-time favorite characters. To me, he is very relatable and many of his remarks humor me – probably more than they should. Some of the story were quite cleverly crafted and all in all the casebook was an enjoyable read. END_OF_DOCUMENT_TOKEN_TO_BE_REPLACED